Autonomy is defined as the right or condition of self-government, freedom from external control or influence; independence.  On a scale from 1 to 10 with 10 being full on Autonomy, where are you?  Where do you allow your employees to perform?  Well, we experienced a life lesson in A10.  It felt risky, but the rewards were big.

My wife and I sat with a group of about 50 parents, listening to a psychologist as he posed this question: “You are now parents of a high school senior. Do you still keep tabs on them like they are a freshman?”

You should have seen the reactions. Most of the parents quickly replied with something like, “We keep a tight reign on our kid—they are still a kid.” That’s when the presenter replied, “Eight months from now, they will be away from you—making almost every decision for themselves without your knowing about it. So, doesn’t it make sense for you to begin that process now, while they can make mistakes and still have you there to help them?”

I sat amazed, intrigued, and stunned that I hadn’t already put this together. For the next hour, the majority of my peers sat there in shock as well—pushing back with example after example of why loosening our grip on our kids was a crazy idea. But in the back of my mind, I thought, “No; this isn’t crazy. This is hidden brilliance.” I wondered what our son would say about us empowering him with autonomy.

On the way home, I texted him and asked, “Hey, I’m curious. On a scale from 1 to 10, how much are we are allowing you to do your own thing? How autonomous do you feel?” I was hoping that he would respond with a number higher than a 3. To my surprise, he quickly sent back a “7.” I was relieved and shocked at the same time. Then, my visionary wiring kicked in, and I wanted to know what it would take to get to a “10.” So, I asked. He shot back this reply:

At this point, I had stopped the car. Holy snap, Batman, I’m in! Sure, I have to let go. But I would experience a financial uptick, and he would have the opportunity to grow.

I texted him back, “I’m in. Let’s do it.” He quickly replied, “Wait! I didn’t say I wanted to do A10, I was just trying to explain what it would look like.” My thumbs flew for fear of missing an opportunity. “Oh no, we are in! A10! We are going all the way to A10!” Autonomy 10 was in full implementation—ready or not.

Now truthfully, I was much more excited about this proposal than my wife. And sure enough, at 7:45 a.m. on a Tuesday morning, she let me know there was no movement from our son’s bedroom. I tell her not to wake him up.

At 7:55 a.m., I look down at my watch and realize he should have left for school. At 8:10 a.m., I know his first class—Calculus, no less—has started. My heart sinks. This is a problem. Around 8:30 a.m., my wife informs me she has to leave for a meeting. I can tell she’s relieved that she can exit this stressful situation. At 8:45, there’s still no movement. Throughout the morning, I text my wife minute-by-minute updates. She’s glad to be away from the house.

Then, at 9:15 a.m., I’m startled by the sounds of hurried movements emanating from Matthew’s bedroom. Suddenly, I hear what sounds like a gorilla barreling down the staircase and turning the corner into the kitchen. There is a moment of absolute silence as Matthew apparently sees the clock. I soon realize that he thinks he’s the only one in the house—unaware that I’m in my office, straining to hear every hilarious sound. Then, like a clap of thunder, my son drops a massive F-bomb. It takes everything I’ve got not to break out in laughter. As he races out the front door, I see him, but he does not see me. He had to have noticed my car in the driveway, but he tore off to school just the same. It’s the last time I see Matthew until the end of the day.

When I got home from work that evening, I saw Matthew quietly watching TV on the couch. Knowing the answer already, I asked how his day went. He looked at me with that gaze that says, “I don’t want to talk to you right now.” I pressed on. “Oh, come on. Let’s talk about what happened.” He told me he planned to have Mom write a note to ensure his absence and tardy would be excused. I turned to my wife and said, “Nope, that is simply not going to happen.” What I didn’t know was that because he had missed his Calculus class, he lost the privilege of skipping the final exam. So, the cost of implementing A10 was much higher than I had imagined. Lesson learned? Yes. Matthew never missed another class.

The proof is in the pudding. Three years after our decision to go with A10, Matthew is now in his second year of college, majoring in architecture. He would tell you himself that the A10 experience—and the subsequent gap year before he started college—was pivotal. In that time, he matured in ways that have significantly impacted his performance at school. Without A10, Matthew says he would have dropped out of the architecture program because of its demanding schedule.

If you’re like me, you hold on to control. You tell yourself, “This is how I influence the future so that it turns out the way I want.” Through the A10 experience, I learned that letting go is the only real way to see fruit in other people’s lives—as it frees them up to flourish as they’re designed.

I think practicing A10 is not only one of the best things my wife and I have done in raising our kids—but also one of the most illuminating things I’ve done for myself. 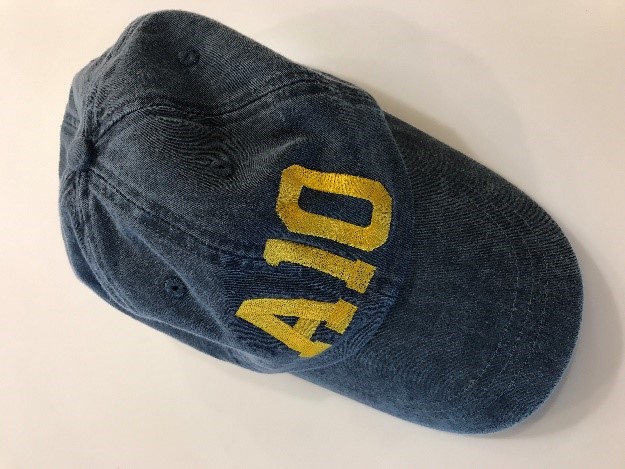 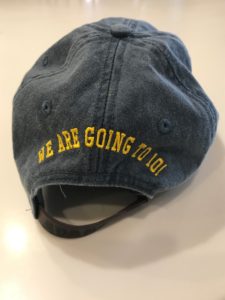 Are you ready to go to A10 in your business or in your life? How has fostering accountability helped you at work or in your relationships? Comment below, we’d love to hear about your experiences.